Heads or Ships? The Origin of the Coin Flip

A group of friends is playing a pickup game of basketball. Which team gets first possession? This can easily be decided by the flip of a coin –‘Heads or Tails?’– leaving it up to chance.

Coin tossing is a simple yet universal way to make big or small decisions. Ranging from small events such as ‘who gets to do laundry today?’ to big events like ‘who gets the first pick in the NBA draft?’, the flip of a coin can be used to decide virtually anything. This leads to the question, who started it all?

Historians believe that the practice started in Ancient Rome. Back then, it was known as ‘Heads or Ships’, or ‘Capita vel Navia’, because those were the images that appeared on the Roman Bronze coin. The ‘heads’ side of the coin depicted Janus (the two-headed god), and the other side depicted Saturn’s (the god of agriculture) ship.

Ancient Romans regarded the gods as an absolute authority, meaning that only they had the power to control fate. The ‘heads’ side of the coin was favored over ships for this very reason. If a coin landed on heads, it was seen as an affirmation from the gods. As the Romans believed that a prosperous life came from pleasing their gods, coin tossing was a quick way to communicate with them. 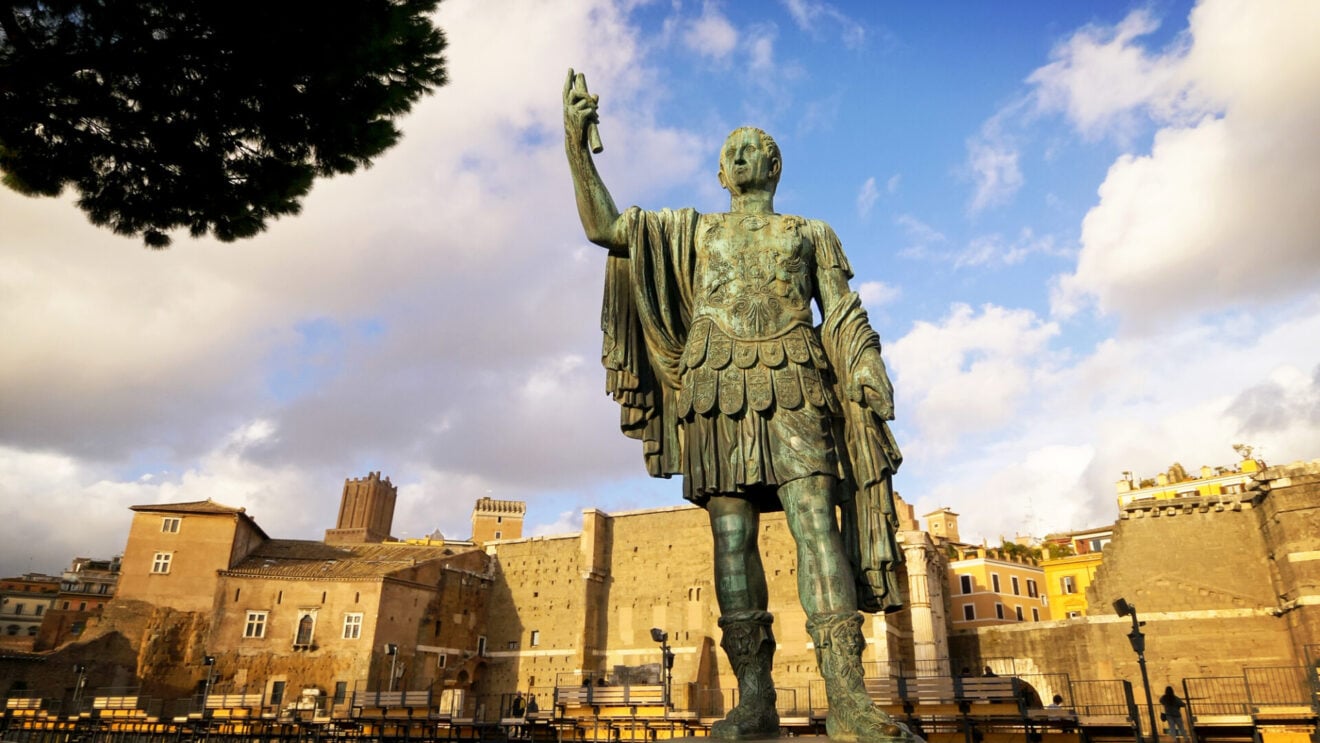 Statue of emperor Julius Caesar along Via dei Fori Imperiali at the Roman Forum in Rome, Italy

At some point in Ancient Roman times, the prominent Emperor Julius Caesar decided to replace the ‘heads’ of the gods with his portrait. This is because he believed that the emperor was always right, just as the gods. Since the emperor held authority over all civil affairs, coin flipping was even used to govern society and decide on legal matters. For instance, a coin flip could decide if someone was guilty, if two people could get married, or even matters of war. In other words, flipping a coin was considered the same as asking the emperor, and if the coin landed on heads, it became the emperor’s decree. With this, Julius Caesar could equate himself to the gods as he, through coin tossing, also became the judge of arbitrary fate.

Nowadays, it may be hard to imagine that a coin toss could make or break a person’s life. However, the Ancient Roman society was highly superstitious and therefore always looked for answers in a higher power, whether it be the gods or the emperor. 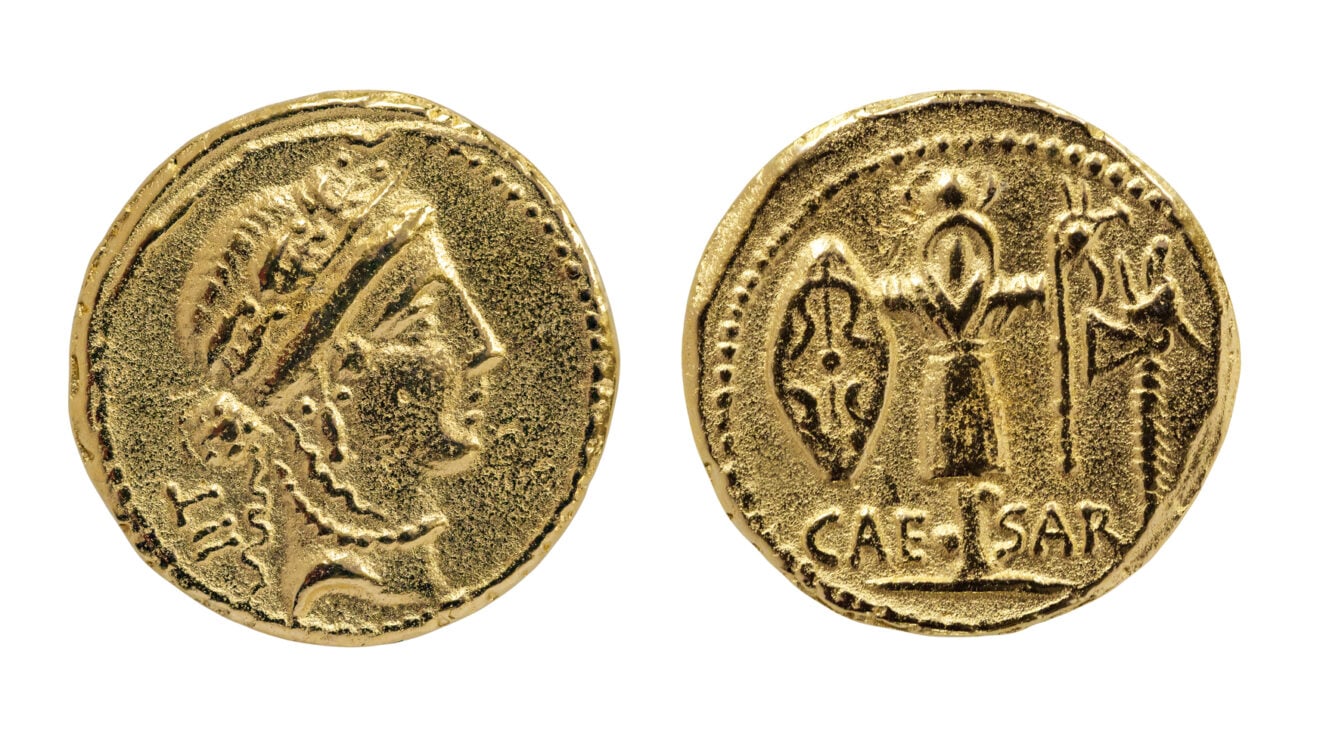 Roman Aureus Gold Coin of Julius Caesar with a probable portrait of the goddess Venus and a Trophy of Gallic Arms on the reverse struck between 48-47 BC cut out and isolated on a white background.

In addition to being a form of governance, coin tossing was a game of chance for children, and a common form of gambling for the ruling class. The Roman Bronze coin itself went through many reforms over time, with changes in materials and size. However, the practice continued to be called ‘Heads or Ships’ even after the ship was subsequently replaced with other symbols. 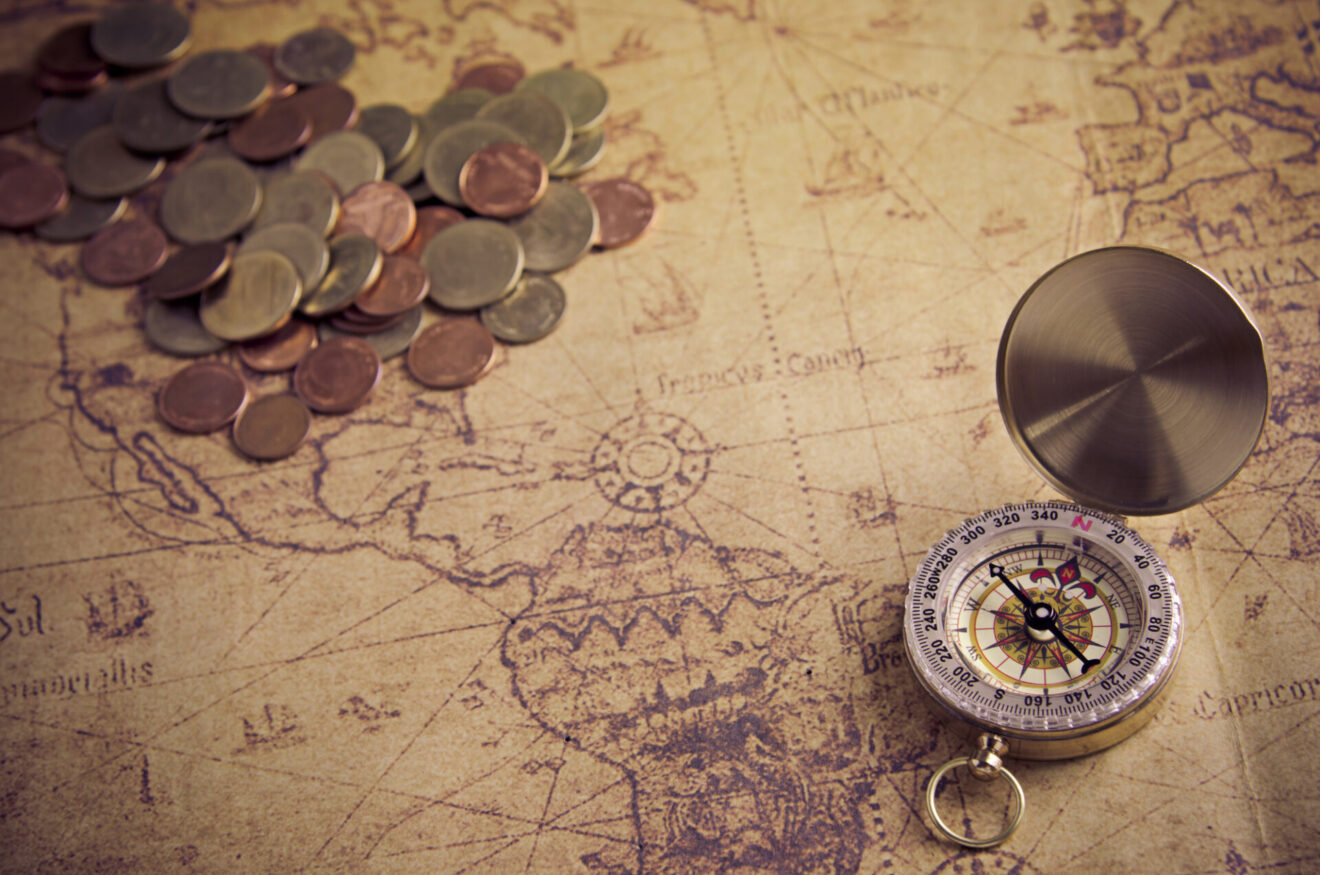 This is what we know so far about the origins of the coin toss. Some theories suggest that the practice might’ve even started in Ancient Greece. Perhaps more evidence will come to the surface, or we might never know for sure. Nevertheless, it is amazing that we as humans have continued to keep the tradition alive since ancient times. The practice is celebrated in the United States, marking June 1st as ‘Flip a Coin Day’. On this day, we take time to reflect on the history of coin tossing and ponder on where it could lead us in the future.

Whether we are superstitious or not, deciding on a coin toss is a way to remove some burden off ourselves and leave it up to chance. Even after Roman times, important decisions such as elections, naming cities, and the first airplane flight have been decided by a coin toss. Coin tossing has a very long and interesting history. We can even say that it may be responsible for numerous events which have brought our world to where it is today. In another sense, coin tossing is not only a way to make decisions, it can also be a game, a challenge, or even a  method to communicate with the universe. Perhaps one day, the mysteries of our universe could be revealed by the flip of a coin.

Back to Column HOME